One of the pleasures of morning walks with Bica is seeing the rising sunlight, and the shadows it casts in my neighborhood. I rarely finish a walk without having a new topic in mind for a painting.

This house is just about a block from mine, but I never met the owner until a couple weeks ago, when he stopped to pet Bica.  We started talking, and I think he was a little alarmed at first, when I told him I'd been wanting to paint his house, but after we spoke a few minutes he understood what I meant. I'll send him a photo of this painting, now that it's finished.  Hopefully he'll think I did his house justice.
Posted by Steven Givler at 12:27 PM No comments: 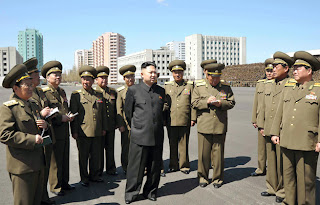 When you've got hair like this, fellas, you don't want a hat getting in the way.  Know what I'm sayin'?
Posted by Steven Givler at 3:01 PM No comments:

I'm confused on this.  Profiling is bad unless the IRS does it?  Is that how it works?
Posted by Steven Givler at 4:26 PM 2 comments:

The UN: Oh the Irony

Are they trying to be funny?  Naming Iran to chair this month's UN Arms Control Forum - that's a joke, right?  If so, it's almost as good as the one where they named Libya to the UN Human Rights Council.  That one worked so well that it became kind of a standby bit.  Sort of like an old Vaudeville joke that's no longer surprising, but is funny just because it's been around so long.  It took until March of 2011 to take that one out of rotation.

I wonder how long we'll be laughing at the notion of Iran - long embroiled in illegal arms shipments to Libya, Yemen, HAMAS, Hisballah, and probably tied to North Korea and Pakistan, too, chairing - now think about this for a moment, not just a member, but CHAIRING the Arms Control Forum.  What will that look like?  Will the Iranian delegate (excuse me - Chairman) of the Forum speak from the heart, and recommend methods by which corrupt, oppressive third world nations can avoid UN conventions and spread destabilizing weapons around the world?   Good comedy is always audacious, and in that respect this certainly qualifies.

Good comedy also draws on traditions, and this little gem works in that respect, too, because the UN, as I've mentioned before has quite a tradition of decisions that make no sense whatsoever, outside the fact that they appeal to our sense of irony.

How many millions do we contribute to this farce?  Sigh.  It appears the real joke is on us.
Posted by Steven Givler at 11:08 PM 1 comment: