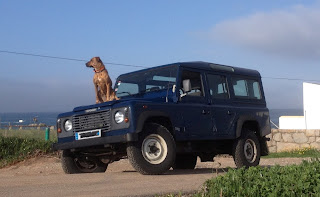 I've been doing a few small things to the Land Rover.  The seat release handles for the second row of seats were broken off inside the housings, so I had to get into them and rig a handle to the metal arms.  It wasn't easy getting to the housing without being able to fold the seats forward. 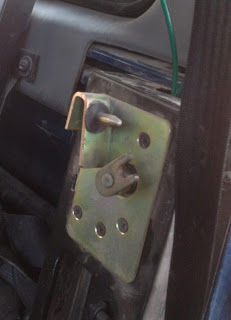 Here's the mechanism with the cover removed, and my green wire handle sticking out.  I know it's not pretty, but did I mention that this is for a Land Rover? 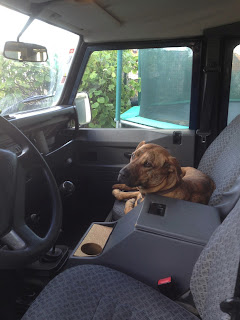 Bica hung out with me while I was working, but I could tell her heart wasn't in it.  She just wanted to go for a drive. 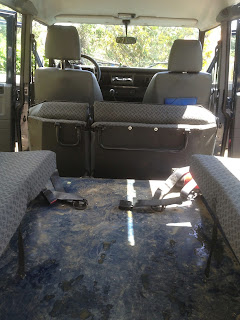 Under the original floor mats there was a ton of mud, sand, and a fair amount of broken glass.  One of the great things about these cars is you can just hose them out.  The body is aluminum, so it won't rust. 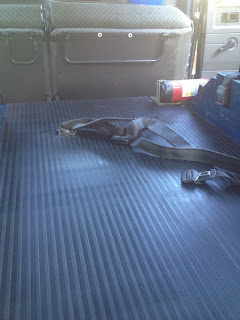 After several cycles of wash, rinse, and repeat, the floor was pretty clean.  I used the old mats as templates and cut new ones from a sheet of rubber I bought at a hardware store. 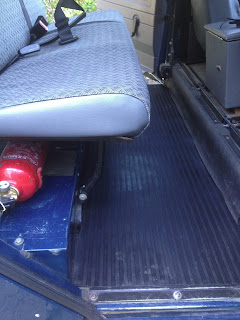 I did the same for the floor beneath the second row of seats. 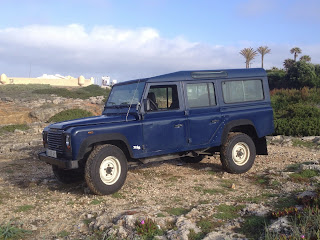 Did I say Land Rovers aren't pretty?  I take that back. 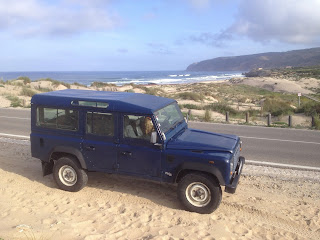 One last shot.  This is at Guincho Beach, with Bica behind the wheel.

Posted by Steven Givler at 1:08 PM

Yes, Mr. L. We will have to do something about that. Hurry and get yours on the road!

I kinda like the new hood ornament.
Cheers,
Yos

She's a little hard to see around, but you can tell your speed pretty accurately by how high her ears are lifting.