We've had a dry winter, but April brought us rain.  The skies have been dramatic, with dark, heavy clouds shrouding the sun.  When the light does break through, the colors and contrasts are spectacular.  That's what I wanted to capture with this painting.  I've visited the subject - the lighthouse keeper's shed on Berlenga Island - before, but I wanted to try it again, to show it just after a storm.
Posted by Steven Givler at 2:04 AM No comments:

If I wanted America to Fail

All that is required for evil to triumph...
Posted by Steven Givler at 5:07 AM 1 comment:

Here's a little (3 1/2 x 3 1/2 inches) painting I did this weekend.  I'm working on using stronger contrasts, and this subject, with its shadows and brightly lit surfaces, made for a good study.
Posted by Steven Givler at 11:57 AM No comments: 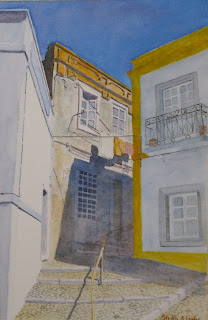 Palmela is located across the Setubal Peninsula from Lisbon.  It's a beautiful little village graced by an imposing castle.  The white walls of the village reflect the dazzling sunlight and cast deep, cool shadows over the alleyways.  I like to paint places like this.  If I could accomplish anything I wanted with paintings, I would paint villages like this, and looking at the painting, you would feel the sun on your skin.  You would anticipate the welcome cool of the shadows.  Just from looking at the painting, your feet would know the feel of the smooth-worn paving stones, and your fingertips would feel abraded by the faded paint where it peels from the rough stucco.
Posted by Steven Givler at 11:32 PM No comments:

What I'm Working on Now 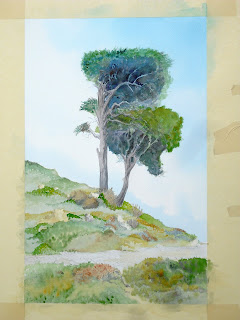 Work has kept me much busier than I like to be lately.  That means that this painting has been sitting on my table for a couple of weeks now.  I'm finally making some headway on it again, which is good, because I have a lot of other scenes I want to get to, like these: 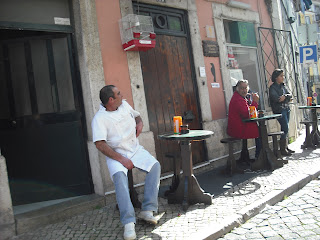 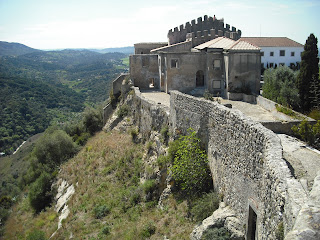 Palmela Castle
Posted by Steven Givler at 10:51 AM No comments:

I’ve written before about how discarding constitutional notions of war has trivialized the use of the military. We never declare war anymore, so we’ve become used to the idea of using the military for operations that we call “Peacekeeping,” or “Military Operations Other Than War,” or, my personal favorite, “Kinetic Actions.” This allows politicians to avoid the risk of taking stands for or against a war, even as they wager the lives of thousands of young Americans.

I’ve heard this referred to as the “militarizing of our foreign policy.” We send troops to do everything from killing bad guys (a use I wholeheartedly endorse, as long as Congress declares war) to handing out bottled water and building schools. The irony though, is that as we increase the number of tasks we consider legitimate military missions, the military becomes correspondingly less-prepared to do those select tasks that make us truly useful in the defense of the nation. Our foreign policy may be militarized, but our military must become less-so. This fact cannot be lost on those who wish us ill.
Posted by Steven Givler at 8:23 AM 4 comments: