My First Mountainbike Ride in Portugal Nearly Kills Me 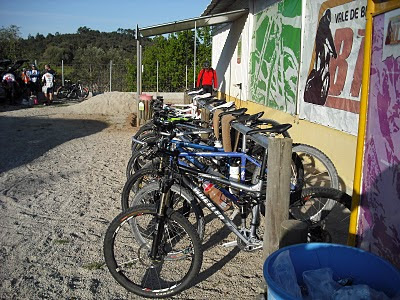 I haven't ridden much in the last couple of months, and the riding I've done for just about the last two years has been on flat terrain. Still, I jumped at the chance to join a group ride yesterday, that visited three of the castles on the Setubal Penninsula. The ride started from the VB bicycle club and shop, and there were nearly 40 of us. 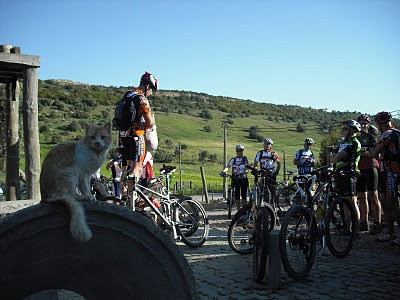 Here, we're receiving our instructions before the ride begins, and everyone is putting the number of the support vehicle driver into their cell phones. The support van was fantastic. It was there when the trail intersected with roads, and it carried food, water, parts, and even a spare bicycle. 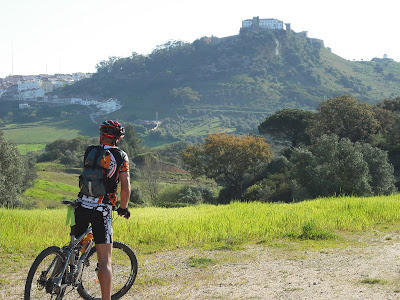 Here's a shot of the first castle. 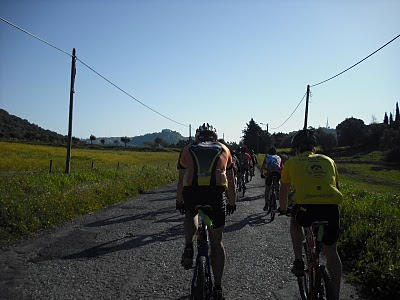 Here's how it looked from the peleton. In the first 40 km of what turned out to be a more than 70 km ride, we climbed 1,300 meters. In total, we gained about 2 km in altitude during the ride, much of which we traded away in brutal, rocky descents, some of which were sheep paths, and some of which were the remains of cobbled roads built by the Romans. 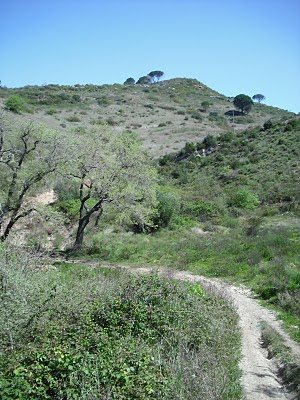 This was a fast, rocky descent. I got through all the tricky places without any difficulty, but as I finished climbing the steep grade at the very end, I pulled my front wheel off the ground and came back down on it at an angle. The result was that I pitched off into the deep ditch at the side of the road and landed on my back in a bed of wild rose bushes with the bike on top of me. My companions were amused that I'd ridden the tough parts flawlessly, only to turn turtle as the road got easy. 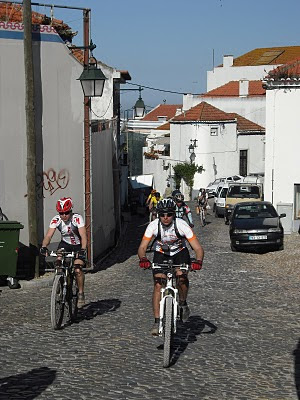 Here the riders are winding through the narrow streets of the village at the foot of the castle. It was a lovely Saturday morning, and the villagers were sitting at cafes taking their first cups of coffee, and clustering around the door of the bakery, buying their bread. This shot doesn't do a good job of showing the slope, but it was very steep at this point. By this point in the ride, I'd already probably climbed more than I have in the last two years combined. 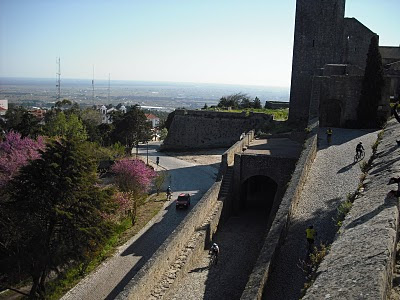 Here's a view of the final switchbacks leading up to the castle. 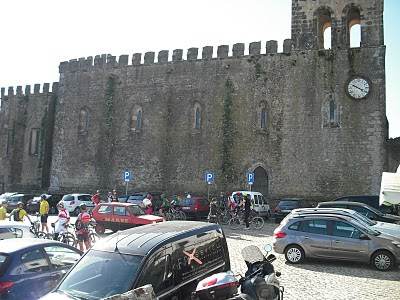 And here's a view of the castle from close up. 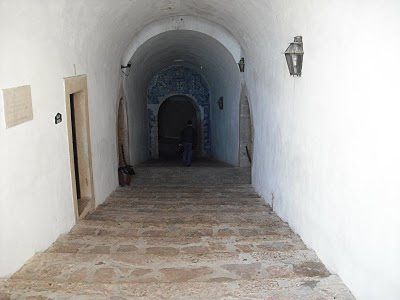 We rode these stairs into the second castle. They were worn slippery by centuries of feet passing over them. 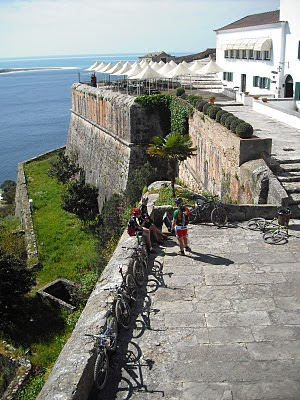 Sesimbra Castle has a fantastic view of the sea. 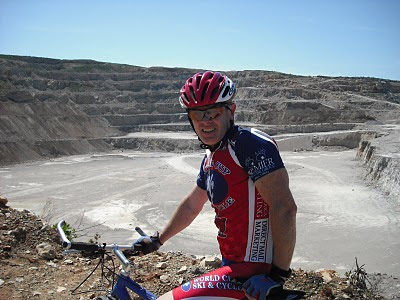 The climb to the top of this quarry was brutal - 1 km long, and the grade was so steep that if you leaned back at all, your front wheel came off the ground. If you leaned forward too much, your rear wheel would spin. There was no castle at the top, 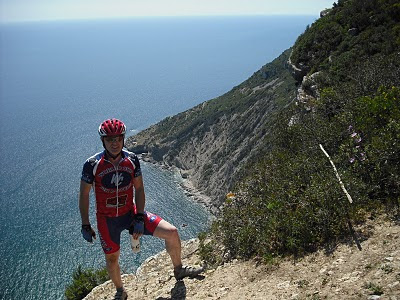 But this spectacular view awaited you on the other side of the mountain. 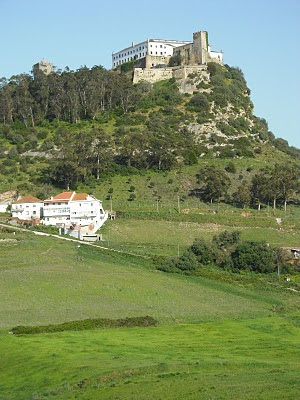 Here's one last view of the first castle. Incidentally, the climb to the top is called "The Cobra" because it winds for such a long distance. I thought it was plenty long, but when we finished it, I learned that our next destination was a climb they call "The Python." It was a long and brutal day, and I suffered a lot on the climbs, but I was grateful for the chance to ride in such a beautiful setting.
Posted by Steven Givler at 11:37 PM 4 comments: