How I Spent My Hajj Season 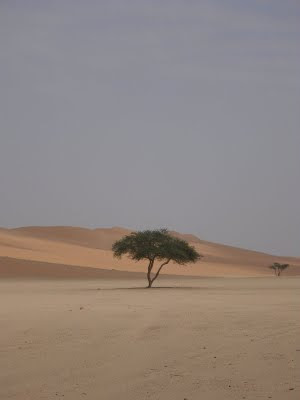 It's been Hajj season, which means the embassy was closed. Two colleagues and I took advantage of the opportunity to get out of Riyadh and enjoy some desert camping. I'll be posting about that soon ( I hope - it depends on how long it takes to get caught up at work.) but in the mean time, here's a look at a painting I'm finishing up: 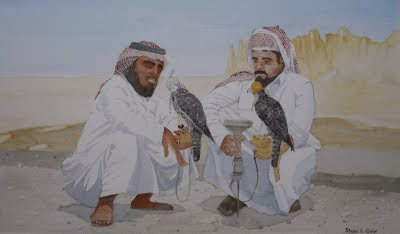 As you can see, this is a reworking of the photo of two men at the hawk souk, which I posted below. I've taken the men out of the souk and put them in the desert, where they are preparing for a hunt, and I've taken the cell phone from the man on the left and given him a bird instead. I still have some work to do on the faces, but I'm nearly there.

Before I go, here's one more desert photo: